Silence Is Not Golden 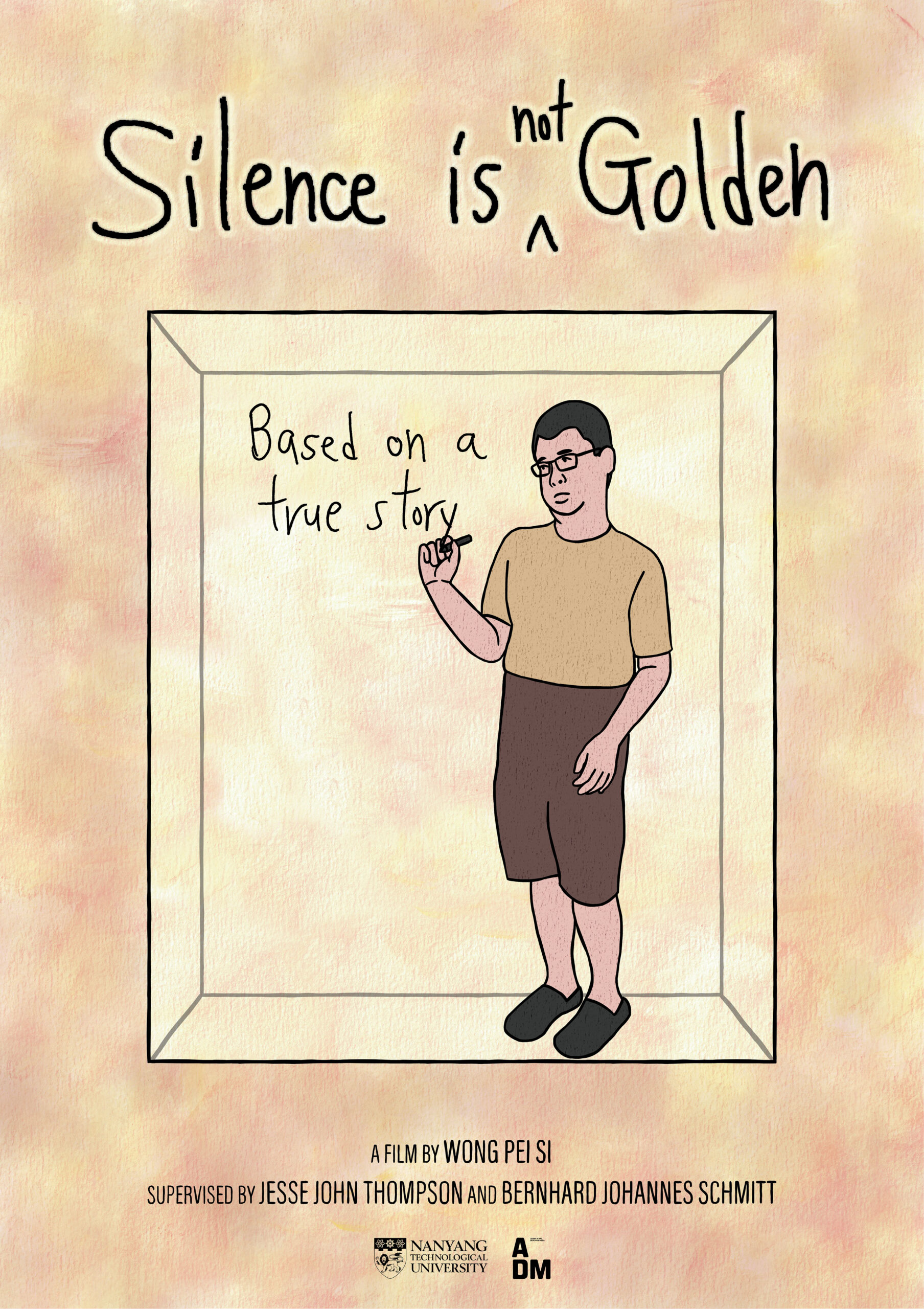 For a large part of his life, the majority of people who have come into contact with Nigel have never heard him speak. He suffers from Selective Mutism, a rare anxiety disorder that severely affects his ability to speak under certain circumstances. Based on the real-life story of Nigel Ng, a young Singaporean, Silence Is Not Golden sheds light on his extraordinary journey, giving the audience an insight into his inner world.

Silence is Not Golden was the 2019 winner of the Together Against Stigma Video Competition in Singapore.

Nigel Ng is the author of Silence is not Golden, an autobiography detailing his lived experiences with Selective Mutism. He has had Selective Mutism since he was 9 years old; publishing his book in October 2016 was his biggest breakthrough. He is currently 26 and working full time. He turns his pain into passion through creative outlets such as caricature drawing, watercolour painting, and playing the keyboard and drums.

Wong Pei Si graduated with a Bachelor of Fine Arts in Digital Animation from Nanyang Technological University, Singapore in 2018. Having been through mental health issues herself, she believes that film is a powerful tool to raise awareness and inspire. Silence Is Not Golden is her award-winning graduation project based on the book of the same name. It has been screened at film festivals around the world.

“I first got to know Nigel in 2010 when he was 16. He froze up in social settings and was unable to speak or interact with anyone. We lost touch and reconnected some years later and I found that he was able to open up a lot more. We discovered that we have a common hobby of playing the drums, so he invited me to his house to play the drums in July 2017. During that meeting, I decided to buy his book and learn about his story. I was deeply moved when I read his book because I had not known about Selective Mutism prior to that. I had no idea of the immense struggles that he had gone through and overcome until I read the book. Had I understood what he was going through back in 2010, I would have been much more supportive and understanding, as opposed to being at a loss about how to interact with him. I was about to embark on my final year project then and felt that I had found the perfect topic. I wanted to make a film to tell his story to raise awareness of Selective Mutism so that more people around the world can be more understanding and supportive.” – Pei Si

Learn more about Selective Mutism and Nigel’s journey by using this link.

If you’d like to support the Singapore Selective Mutism community, use this link to make a donation.