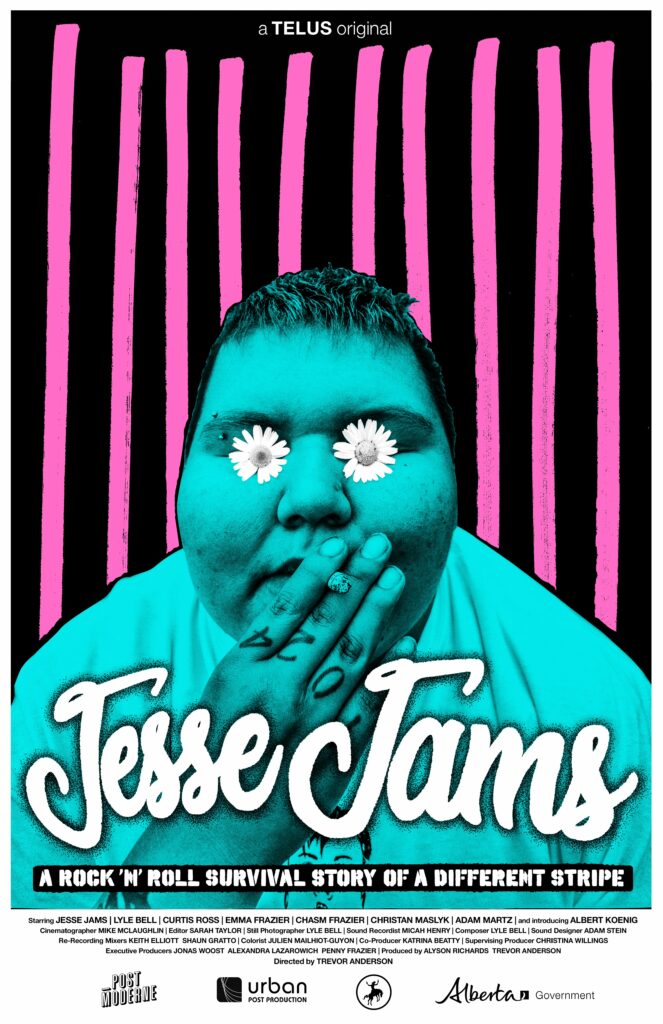 Jesse, a young and trans Indigenous musician and his rock band, bring mumblepunk to the Interstellar Rodeo. A rock’n’roll survival story of a different stripe.

The filmmaker Trevor Anderson about meeting Jesse: When I asked Jesse if he would like to work with me to make a short film about himself and his use of music to deal with his mental health challenges, I had known him for six years. My goal was to help him share his story, voice and music, through the platform of short film. Until now, I have used my short films to share personal stories from my own life; this film was an attempt to turn the camera toward someone else. Jesse and I first met in 2014, when I organized a fundraiser to buy musical instruments for the group home he lived in at the time. We have many mutual friends in the Edmonton music scene. Important to our bond is the queer kinship we feel: he is trans and I am queer. I was primarily motivated to make this film with Jesse because I’m inspired by how he uses art to empower himself in the face of his mental health challenges – this is an approach to art-making that he and I share. Though our particular mental health challenges are different, our use of art to deal with our challenges comes from the same place.

To find out more about Jesse and buy his music click here.