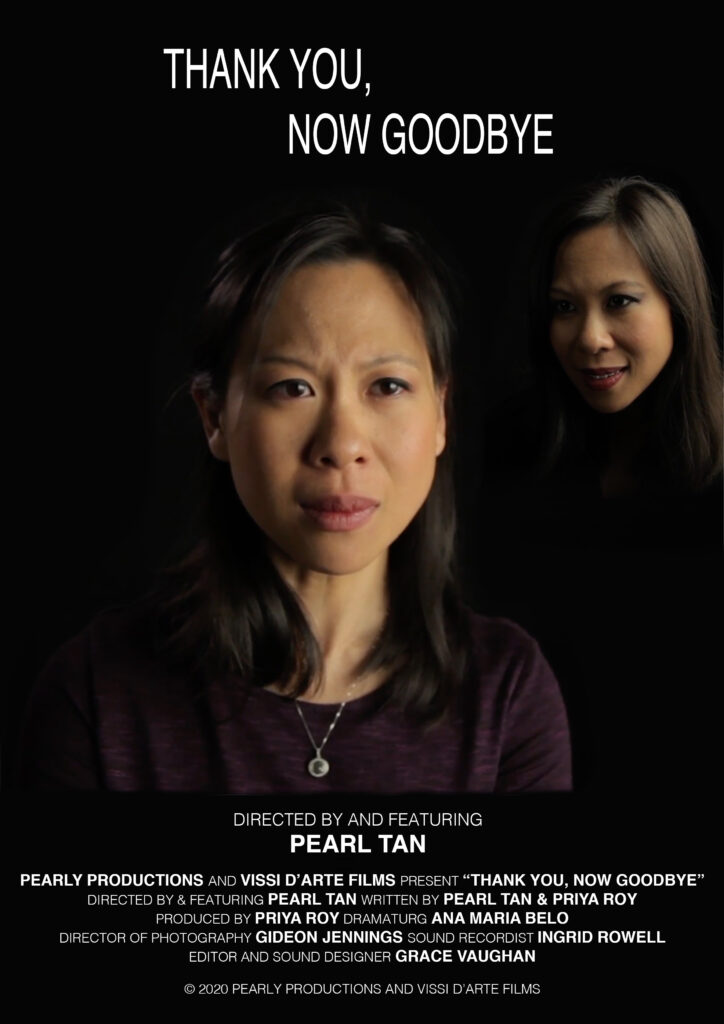 In her ongoing struggle with anxiety, a woman tries a different approach and makes a discovery.  This film was made during a particularly transformative point of the filmmakers’ lives, and while we would never try to speak for everyone, we do hope this film provides solace and compassion for those who see themselves in it.

Pearl Tan is a screen content maker and educator. She is the founder and director of Pearly Productions, a filmmaking boutique with a focus on diverse stories. Through Pearly Productions, she created the YouTube series Minority Box, directed the feature film The Casting Game, and has directed/produced several short films and online content. She is currently in development with the web series Return to Sender, after winning the Pitcher Perfect competition through Screen Australia. She is the Senior Lecturer in Directing at the Australian Film Television and Radio School (AFTRS).

Priya Roy is a filmmaker focused on producing compelling stories from diverse perspectives. Her screen credits include Executive Producer and Producer for the feature film The Casting Game, Producer for short film Thank You, Now Goodbye, and Producer for web series Minority Box. She is currently in development on a suite of short films exploring gender identity and the refugee experience, the latter of which being the focus of her current academic research. Outside of filmmaking, Priya works in corporate strategy and finance. She holds two undergraduate degrees in Finance and Mathematics from Indiana University as well as a master’s degree in International Business from the University of Sydney.