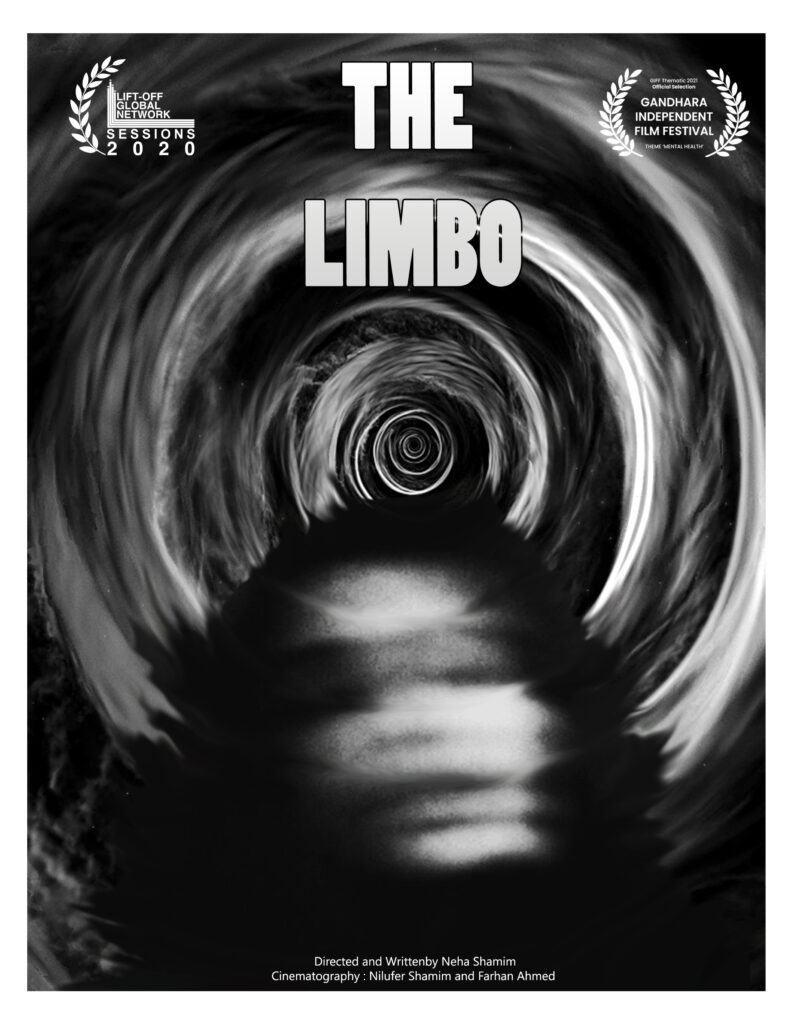 When locked away at home for months on end, smartphones can become a person’s only window to the outside world. And so, ‘The Limbo’ is the story of a girl struggling to maintain her sanity as the pressures of being life creep in, leading to the gradual deterioration of her mental health amid the ongoing coronavirus pandemic. This is because when you are in ‘The Limbo’, every day can feel like you’re stuck in a spiral. The film itself is based on true events that occurred during the early stages of the global quarantine. I find it difficult to express myself and so, I opted to use this film as my medium. I wanted to showcase how social media plays a huge part in shaping our generation while also making us feel as though we are somehow inadequate when looking at the world through a screen.
This turns us into puppets of our own making that want to just ‘fit in’ and be enough when the pressures of life kick in.

Neha Shamim is a writer, director and actor and a full-time student currently studying Film and Digital Production at the University of Liberal Arts Bangladesh (ULAB), based in Dhaka. Neha began her journey in filmmaking through her first film as a director, writer and actor, “Sealed Deal”, which became the finalist in Dhaka International Mobile Film Festival (DIMFF) (2020), semi-finalist on African film for impact (2020) and Officially selected in the Competition category in the 12th International Inter-University Short Film Festival. Her recent work is “The Limbo” which got officially selected for the Gandhara independent film festival Thematic 2021, Dhaka International Mobile Film Festival (DIMFF) (2021) and Lift-Off Sessions. Neha also enjoys behavioural neuroscience, reading people’s behaviours and the reason that causes them to behave in a certain way. Her work predominantly showcases psychological thrillers and horror often portraying social norms in a unique way and says “If I’m not on the wanted list for something then I’m not making art”, and is currently building her body of work as a director.